Skip to content
HomeChanging the Way We Vote – Are We Ready?

Lecture title: Changing the Way We Vote.  Are We Ready?

The current Liberal Government has promised that the last election would be the final one using the First-Past-The-Post electoral voting system and that it would have an open and transparent committee consultative process within 18 months of taking office to decide on a course of action. What are the voting alternatives?  What are the pros and cons of the various voting systems used around the world? Are there other issues to be considered?

Born in Guyana, South America (British Guiana back then) and having travelled extensively around the world, Ted worked many years in the private sector (oil, finance and glass manufacturer) prior to working nearly 30 years in the Federal Public Service (Transport Canada) On joining that Department, Ted was initially responsible for the planning of all federal airports in Canada before becoming the Executive Director of the Ministerial Task Force on the Transportation of Dangerous Goods by Rail. 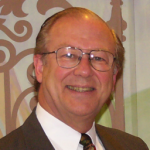 The Task Force was created in response to one of the recommendations from the Justice Samuel Grange Royal Commission on the CPR’s Mississauga Derailment in 1979.  During its deliberations, the Task Force undertook the world’s first risk analysis of a moving transportation (railway) infrastructure.  After that, Ted headed a Team that fully automated the internal processes of  Transport Canada, for which he was nominated Project Manager of the Year for the Canadian Public Service.  He ended his Federal Public Service career as Deputy Regional Administrator (Air) for Ontario.

On retiring, Ted sat on several Boards of Directors; namely the Ottawa Branch Board of the over-300,000 Federal Public Servant Retiree Association; the Senior Citizens Council of Ottawa-Carleton; the Ottawa Heart Institute Alumni; and the Ottawa Heart Institute Human Research Ethics Board.  On coming to Almonte, he has become involved in community activities including joining the Almonte Development Society Board and founding the Almonte Roundtable, an active and ongoing Think Tank in town.

Besides being a Grandfather and a Great Grandfather, Ted is keenly interested in all issues of national importance; electoral reform being one of them.