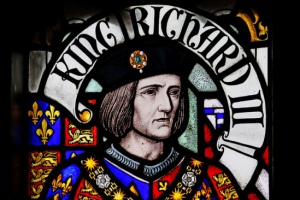 The recent discovery of Richard’s bones has revived sympathetic interest in a great historical “villain” accused, during and after his brief reign, of making murder his primary political strategy.  However, his elegant, emotional reburial suggests that he is now seen, although without firm evidence, as the victim of unfounded propaganda.

I suggest that he is best understood through the prism of those propagandists: the homicidal House of Tudor.

After graduating from Carleton, Paul Marland entered High School Teaching, temporarily he thought.  He remained for 36 years, seduced by the many minds of the people whom he met.