Improving the lives of children and families who live in poverty has been my life-long aspiration. Brain research tells us that early childhood experiences and poverty affect lifelong health and learning. According to UNICEF, in almost half of all rich countries, more than one in five children live in poverty. A variety of early childhood care and education programs exist to mitigate the negative effects of poverty. Some successful programs are center based; others include active family involvement.  I will describe the “Proyecto Padres e Hijos,” which my colleagues and I designed and implemented in poor rural communities in Chile during the early years of the military dictatorship. We were inspired by Paulo Freire’s ideas about education, summarized in his book, Pedagogy of the Oppressed. Freire argued for openness, humility, tolerance, attentiveness, rigor and political commitment in education. Themes of love and hope figure prominently in his work. As educators we were transformed by our project experience. The lessons learned provide insights into how we can support families and children from different cultural backgrounds, including immigrant families and children of marginalized communities.

I grew up in Chile, and began studying Psychology at the Catholic University there, moving to Vancouver at the age of 21. I continued my education at the University of British Columbia, receiving B.A. and M.A. degrees in Psychology there. Many years later, I earned a Ph.D. in Psychology at the University of Freiburg in Germany. In 1994 I became a Guggenheim Fellow. My professional experience includes 20 years of work in Chile and 23 years in California. In Chile I worked at the Center for Research and Development in Education (C.I.D.E.), a nonprofit progressive think tank, conducting research and developing programs to improve the quality of early education in poor communities. In 1996 I joined the Faculty of Early Childhood Studies at Sonoma State University  where I taught immigrant and first-generation college students, preparing them to work with young children and their families. I’m now a Professor Emeritus, having retired two years ago.

Enroll for this Event

From the very first Valley Players’ production back in 1983 to the 2021 theatrical fundraiser for Puppets Up, community theatre has played a dynamic role (pun intended) in this area. On stage, backstage or in the audience — there’s a place for everyone! In this lecture, Kris Riendeau will walk you through some of the past highlights and key players, examine ways in which amateur theatre has evolved locally, and attempt to infuse you with her passion for this creative community-building tool.

Kris Riendeau first trod the boards of the Almonte Old Town Hall in the Valley Players’ 2001 production of Arsenic and Old Lace. Since then, she has been involved in numerous shows, and began directing in 2015. In 2019 she formed “Humm Team Productions” with her partner Rob Riendeau.

Enroll for this Event

Lecture title: Then, Then and Now: The Evolution of Canada’s National Park System

From its inception in 1885, Canada’s National Park System has taken many turns on the path to maturity, turns that have altered its purpose, its size and its politics. Prior to the 1930 Natural Resource Acts [ which gave provinces control over their natural resources], National Parks could only be created on federally-owned lands. Also prior to 1930, federal parks were more often referred to as Dominion Parks, Forest Parks, or simply Parks. It took the passage of the National Parks Act, also in 1930, to officially coin the term “National” and state the purpose for which they were created. Politics, at either the federal or provincial level, have played a significant role in the final selection of new park areas, but new methodologies developed in the 60s have added more objectivity to the process, replacing the Park descriptor “outstanding” with “representative”. Being a part of this evolutionary process was both professionally and personally exciting and rewarding, not the least of which was the field work part. Some field anecdotes will be shared re the life of a new park planner. 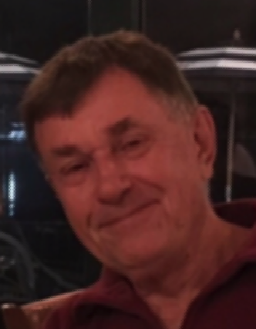 Gerry Lee graduated from the University of Michigan (Ann Arbor) 1964-1968 with a Masters in Forestry, minor in Wildlife Management.  He joined Parks Canada in 1965 as a new park planner, doing boundary and resource studies for Gros Morne (Nfld), Nahanni (NWT) and Kluane (Yukon) plus co-authored Park Systems Planning Manual and initiated a National Wild River Study, forerunner of the Heritage Rivers Program.  Gerry joined the Lands Directorate in 1974 as Chief, Federal Land Services, then moved to his final position as Chief, Habitat Conservation, Canadian Wildlife Service.  Retired in 1996, he served on the Wildlife Habitat Canada Board and Ontario’s Fish and Wildlife Heritage Commission as well as Michigan’s School of Natural Resources Board of Governors (2 terms).  Currently, he spends about four days/week year-round at his forest property on Indian Creek, Pakenham Twp., managing a wildlife-focused woodland.

Lecture events take place at 7:30 pm, usually on the last Friday of the month from September through April.

During the Covid-19 pandemic we are delivering online lectures via Zoom. Instructions will be sent only to those who have explicitly enrolled in each event.

Almonte Lectures is supported by voluntary donations. If you wish, click on ‘Donate’ in the menu bar; Thank You!