Lecture title: Then, Then and Now: The Evolution of Canada’s National Park System

From its inception in 1885, Canada’s National Park System has taken many turns on the path to maturity, turns that have altered its purpose, its size and its politics. Prior to the 1930 Natural Resource Acts [ which gave provinces control over their natural resources], National Parks could only be created on federally-owned lands. Also prior to 1930, federal parks were more often referred to as Dominion Parks, Forest Parks, or simply Parks. It took the passage of the National Parks Act, also in 1930, to officially coin the term “National” and state the purpose for which they were created. Politics, at either the federal or provincial level, have played a significant role in the final selection of new park areas, but new methodologies developed in the 60s have added more objectivity to the process, replacing the Park descriptor “outstanding” with “representative”. Being a part of this evolutionary process was both professionally and personally exciting and rewarding, not the least of which was the field work part. Some field anecdotes will be shared re the life of a new park planner.

Gerry Lee graduated from the University of Michigan (Ann Arbor) 1964-1968 with a Masters in Forestry, minor in Wildlife Management.  He joined Parks Canada in 1965 as a new park planner, doing boundary and resource studies for Gros Morne (Nfld), Nahanni (NWT) and Kluane (Yukon) plus co-authored Park Systems Planning Manual and initiated a National Wild River Study, forerunner of the Heritage Rivers Program.  Gerry joined the Lands Directorate in 1974 as Chief, Federal Land Services, then moved to his final position as Chief, Habitat Conservation, Canadian Wildlife Service.  Retired in 1996, he served on the Wildlife Habitat Canada Board and Ontario’s Fish and Wildlife Heritage Commission as well as Michigan’s School of Natural Resources Board of Governors (2 terms).  Currently, he spends about four days/week year-round at his forest property on Indian Creek, Pakenham Twp., managing a wildlife-focused woodland.

I will speak briefly on Transmission Electron Microscopy (TEM) and Focused Ion Beam Microscopy (FIB) but the main emphasis of the talk will be my area of expertise, Scanning Electron Microscopy. (SEM). I will explain the physics of how they work, advances in the field EM and how they are utilized on a daily basis in manufacturing and academic research.

A picture (or in this case, a micrograph) is worth a thousand words. So  the talk will have many thousands of words in the form of images from different scientific disciplines and everyday life.

Jeff Fraser graduated from Fanshawe College with a three year diploma in “Science Laboratory Technology”. Majored in Microbiology and Biochemistry.

Work experience included 2 years with 3M Canada as a quality-control supervisor, 9 years with Fiberglas Canada in the Physical and Advanced Research department where I first used a Scanning Electron Microscope (SEM) and 26 years with the National Research Council in various portfolios performing Electron Microscopy analysis for scientific staff and outside contracts. Retired in August 2015 but still works at NRC under contract

Lecture title: We have seen the media and it is US!

Why do news organizations report news the way they do? It is because that is what we will read, listen to, watch or pay for. This lecture will start with a short history and explanation of the Millstone, Mississippi Mills’ online community newspaper and will move to a modest proposal for the survival of community newspapers. Discussion with then turn to media today, including a short primer on the principles of international and national public broadcasting and the difference between broadcasting and newspapers.

Slides: We have seen the media!

Edith Cody-Rice is the publisher of the local online newspaper the Millstone and was a media lawyer for the Canadian Broadcasting Corporation for 29 years. Specializing in journalism law, she spent her career helping journalists get their stories to air and avoiding reputationally damaging and costly defamation lawsuits. She assisted in crafting stories and appeared many times in court to battle publication bans and to defend journalists against libel  allegations and efforts to reveal their sources. She still is involved in journalism through the Millstone and as a director of the Michener Awards Foundation. The Michener Foundation awards the most prestigious Canadian award for investigative journalism which is presented by the Governor General each year.

Edith is also very involved in literature and ran literary luncheons at the National Arts Centre for 19 years, was a director and chair of the Writers’ Trust, and a founder of the Ottawa Valley Book Festival as well as a director of the Ottawa International Writers’ Festival 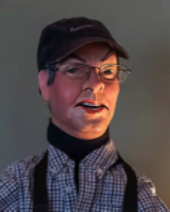 Brent Eades has worked in corporate communications since 1985, when he joined the Prime Minister’s Office as a writer. He was later an aide to the federal minister of finance. He began building websites in 1995, and since 1998 has worked in communications at the Bank of Canada. He is also the publisher of the Almonte.com website. Brent joined the Millstone in 2012 and is now its editor-in-chief. He is on the board of the Michener Awards Foundation, which presents Canada’s most prestigious journalism prize.